Congratulations to the team that leads the project: ‘’Developing of Novel Anti-cancer Drug Delivery System’’ from IBPR for receiving the 2016 Technology Achievement Award by the Ministry of Economic Affairs (MOEA). 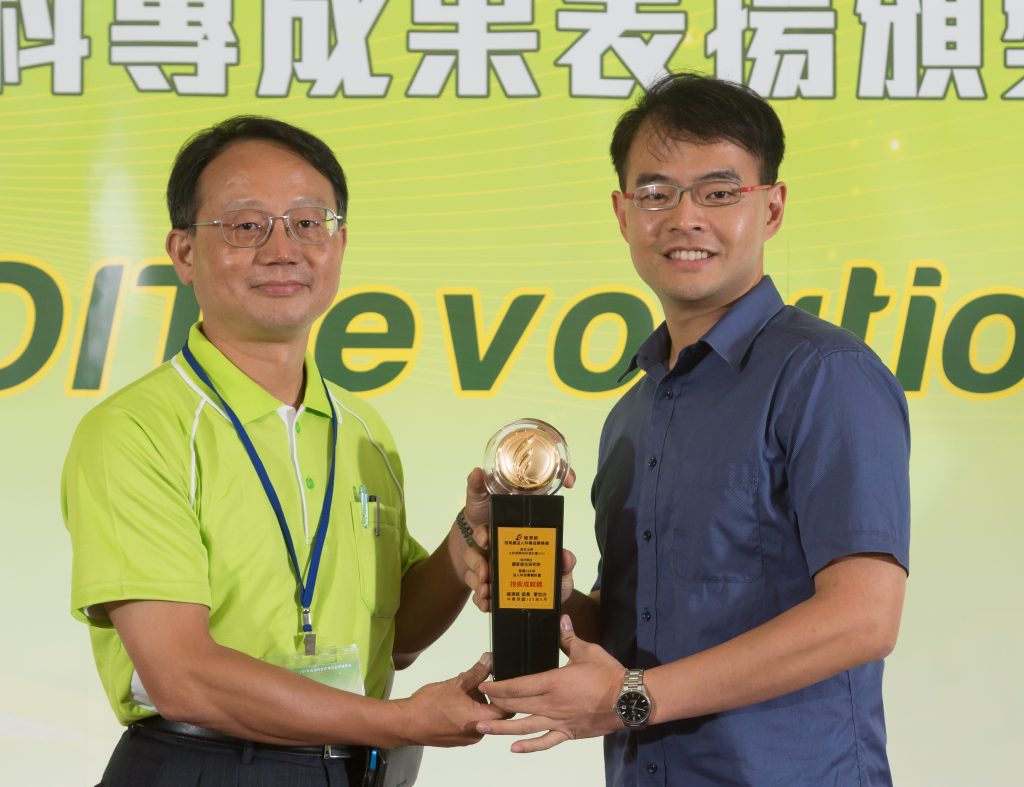 To strengthen the integration of technical research and development (R&D) projects and promote the ‘’Innovation and development’’ spirit, the Department of Industrial Technology (DoIT), MOEA has created the ‘’Technology R&D achievements praising event’’. Among the 7 competitive awards given from the praising event, the ’’Technology Achievement Award’’ was awarded to the team to highlight the contribution of the technology transfer to the industry partner and to overcome current technical limitation in drug delivery.

Since 2012, MOEA has funded the Institute of Biotechnology and Pharmaceutical Research (IBPR) to conduct the discovery phase of novel Anti-Cancer Drug Delivery System. DBPR115 was selected as a developmental candidate at the end of 2015. The technical highlights of DBPR115 is the conjugation of Zn(II)-dipicolylamine (Zn-DPA) to the anti-cancer drug through a proprietary linker design. This patented platform provides substantial increase of drug concentration at targeted tumor sites, increases therapeutic index of the anti-cancer drugs, reduces drug dosage and subsequently lessens adverse effects induced by the drug. Patent protections were filed in several territories, such as Taiwan, Patent Cooperation Treaty (PCT; in 15 countries), and the United States (US patent was issued in July 2016).

More from my site